Music Processing Suite features an evolutionary algorithm capable of generating musical compositions according to statistical specifications. The basic structure of the algorithm is depicted below: 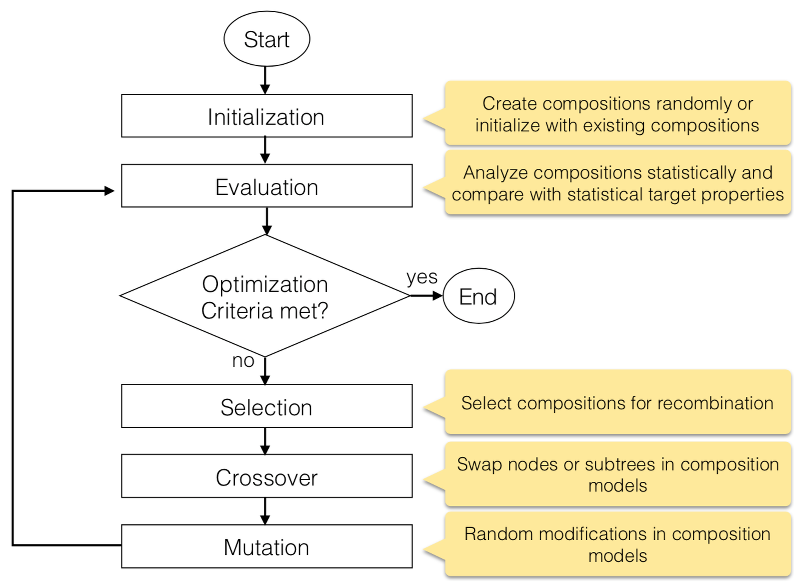 The algorithm takes statistical criteria of various musical aspects as input and produces a composition model complying as much as possible to the given statistics. The basic idea is illustrated here:

The following musical and structural aspects can be optimized by the algorithm:

Depending on the selection and configuration of the listed aspects, various applications of the algorithm are possible, which are described below.

When supplying statistical analysis results of existing pieces, the generated compositions will result in style imitations. Mozart’s Piano Sonata No. 16 in C major, K. 545 is used for the following example. The methodology is presented in the following figure: 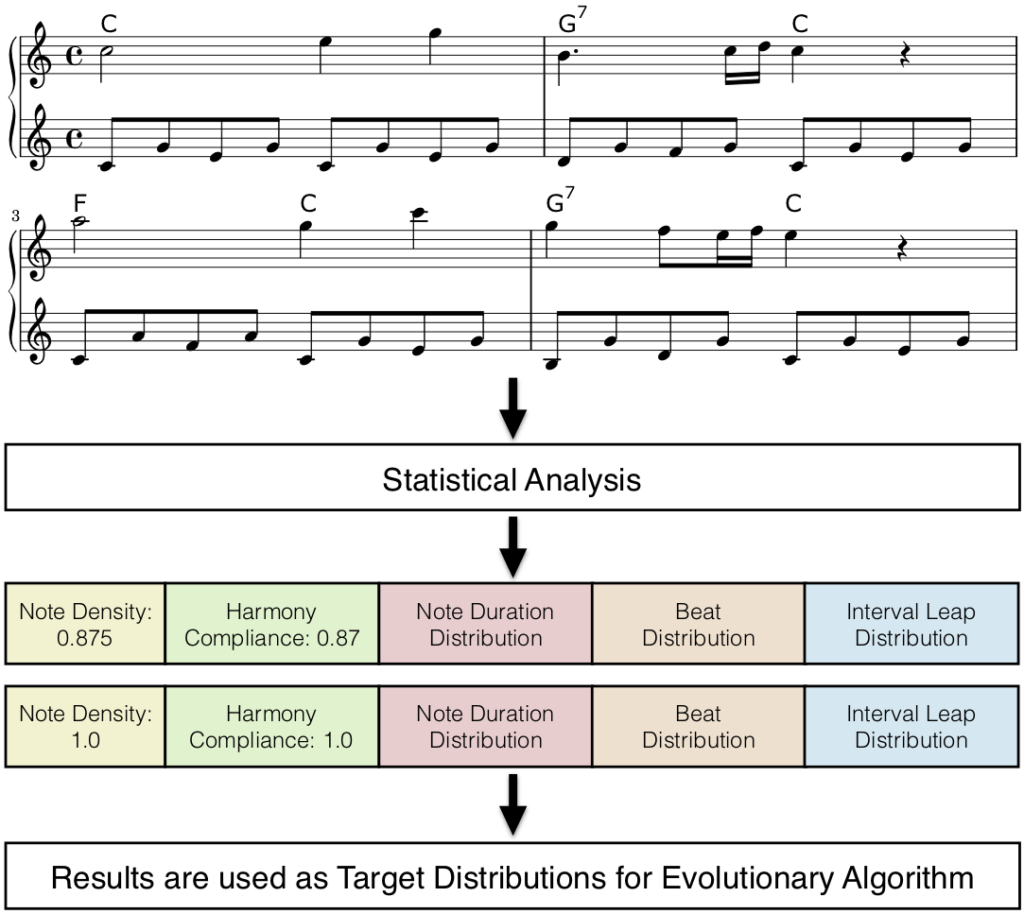 Listen to the original:

As shown in the the illustration above, the following statistical features were selected to create the style imitation for each voice separately:

This is one of the resulting style imitations:

The more statistical features are used, the closer the style imitation will resemble the original composition.

If just a small set of features is given as target, the algorithm will have more musical “freedom” during the composition process, which results in improvisation-like pieces like this blues:

The algorithms is also capable of generating pieces with changing statistical properties during the course of the piece. This is required to emulate musical changes or developments, which are vital in music. The following example demonstrates a piece with two logical sections which have different musical properties in each section and voice. The statistical target features were generated randomly. This means that this piece was generated without any prior statistical knowledge of human compositions. (This example also indicates that the computer still needs some coaching regarding harmony notation *g*) 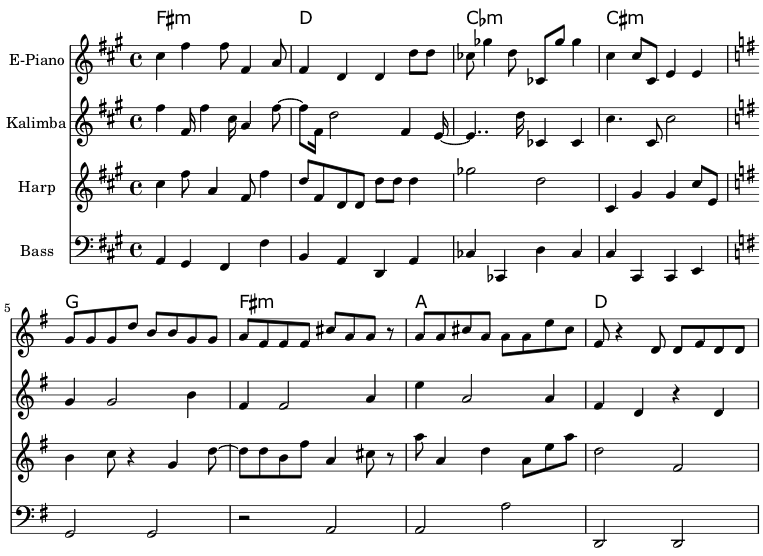 A graphical user interface to experiment with the algorithm is currently in development. It will be available in one of the next MPS releases. Stay tuned!