The different analysis scopes are visualized in the following figure: 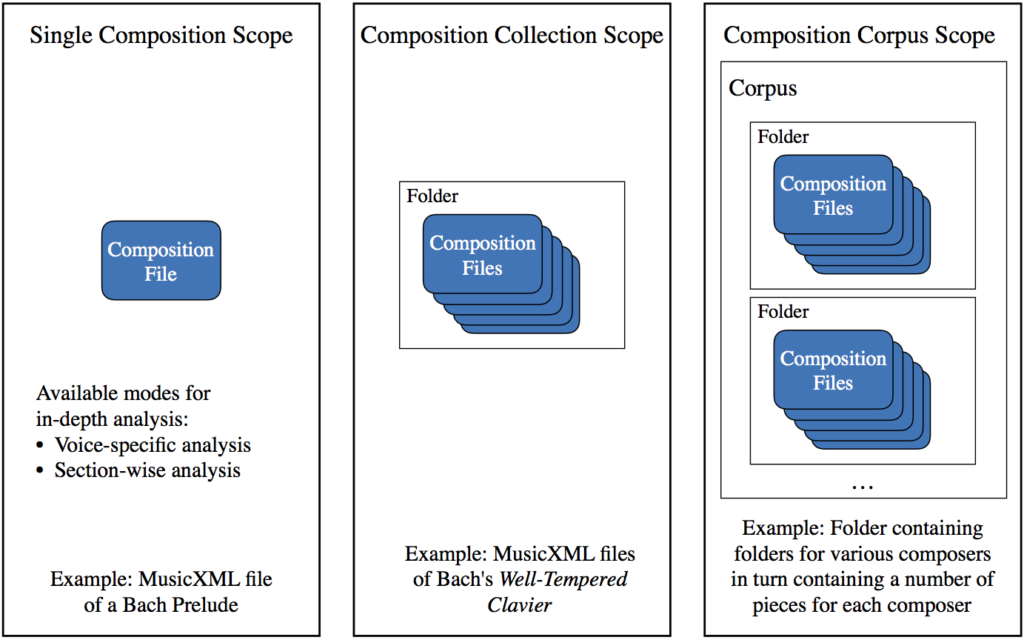 MPS produces CSV files containing statistical analysis data of the compositions selected in the analysis scope. These can be used for scientific analysis purposes and can be visualized in the form of charts and plots directly in the MPS application. Furthermore, PDF reports can be generated containing high-quality plots, diagrams and graphs visualizing the data.

With MPS it is possible to analyze rhythms, time signatures, loudness, pitches, interval leaps, pitch combinations, dissonance, harmonies, chords and lyrics of musical pieces, among other parameters. The following example visualizes pitches, loudness, dissonance, sentiment polarity and harmonies over time for Every Little Thing She Does is Magic by the Police: 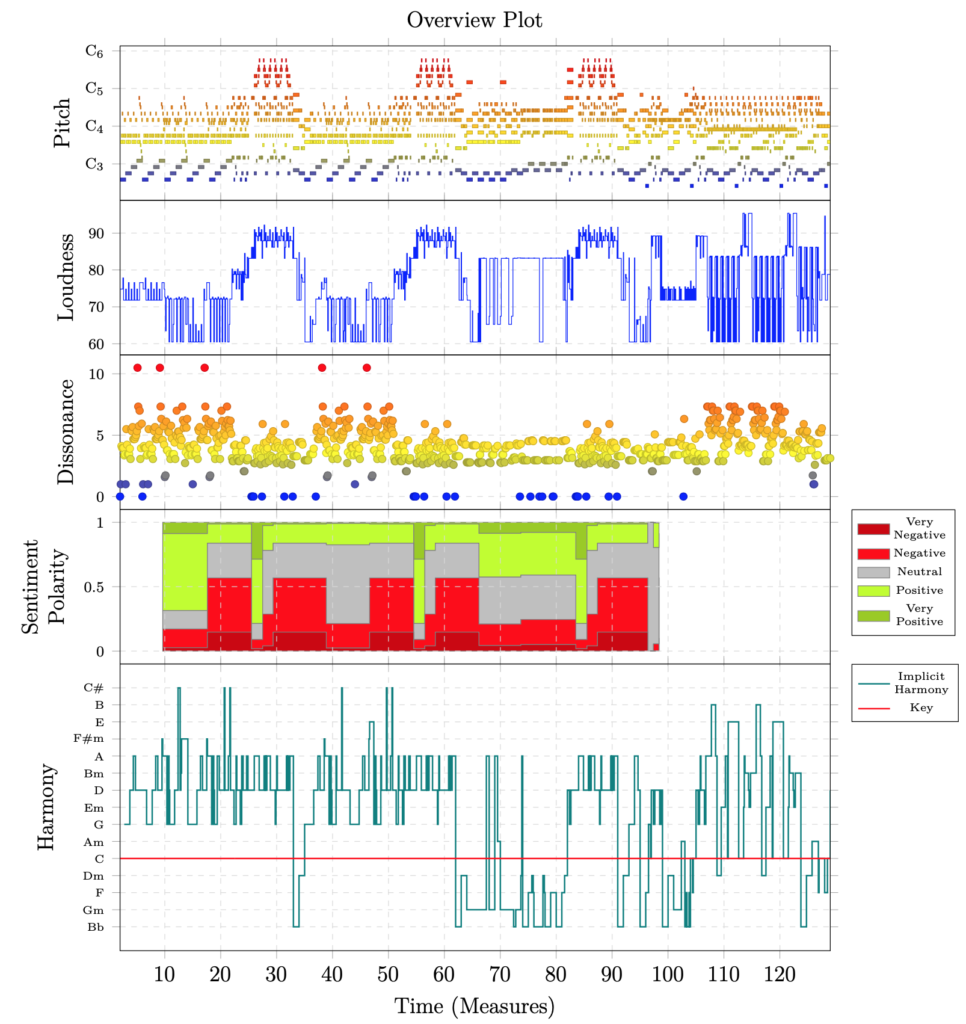 The following examples visualize analyis data of Beethoven’s Piano Sonata No. 14 in C♯ minor, Op. 27, No. 2. 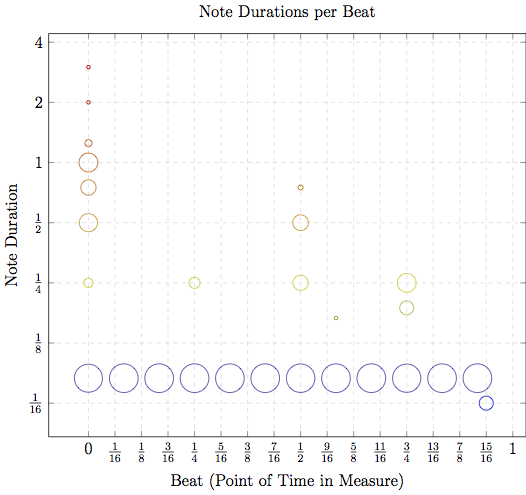 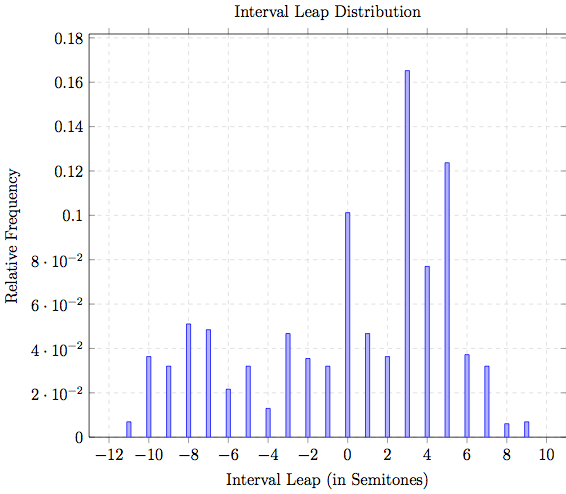 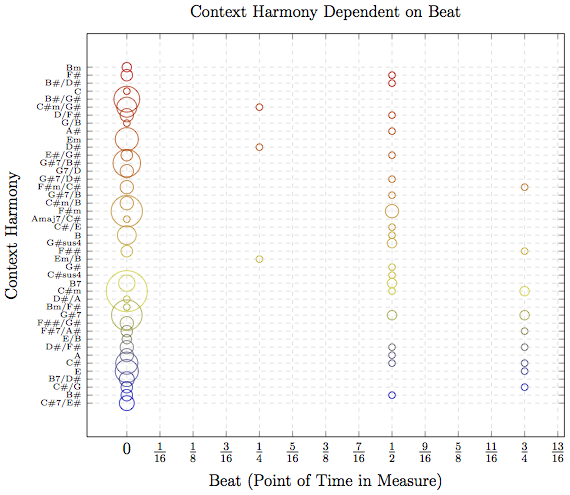 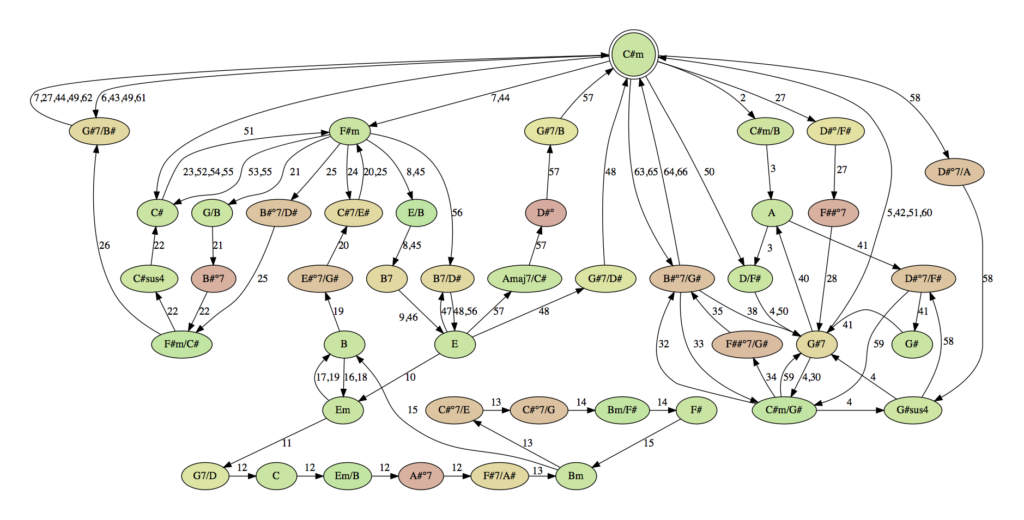 It is also possible to generate Markov model representations of specific musical context layers, such as rhythmic, tonal and harmonic progessions. The following graph shows a Markov model of the harmonic progressions in Yesterday by the Beatles: 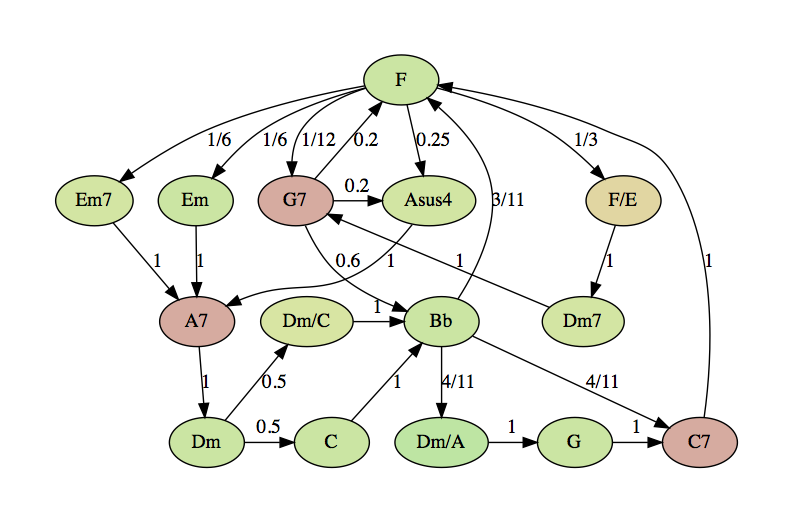 Markov model of harmonic progressions in Yesterday by the Beatles

The following diagram visualizes the distribution of keys in J.S. Bach’s Well-Tempered Clavier Preludes (Book I): 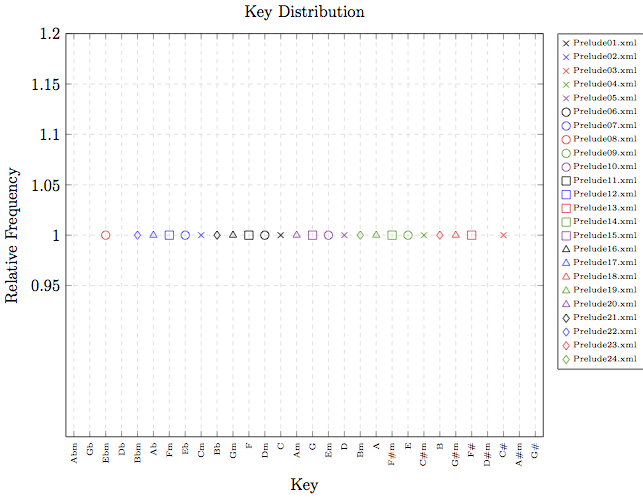 This plot shows aggregated interval leap distributions for a large corpus (over 1000 compositions) by various composers: 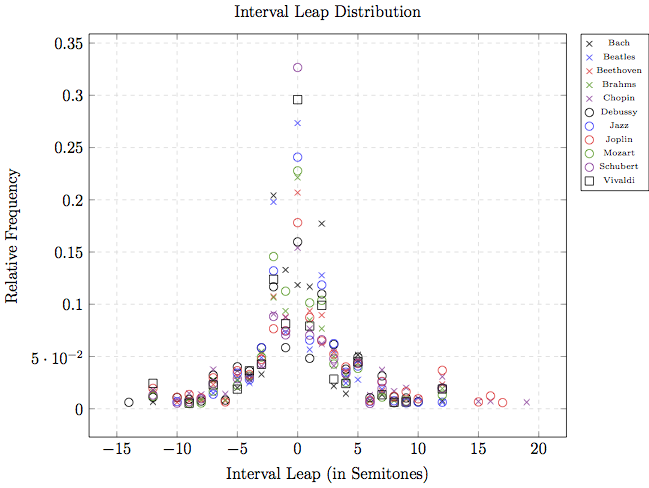 Learn more about analysis functionality and parameters in the documentation.